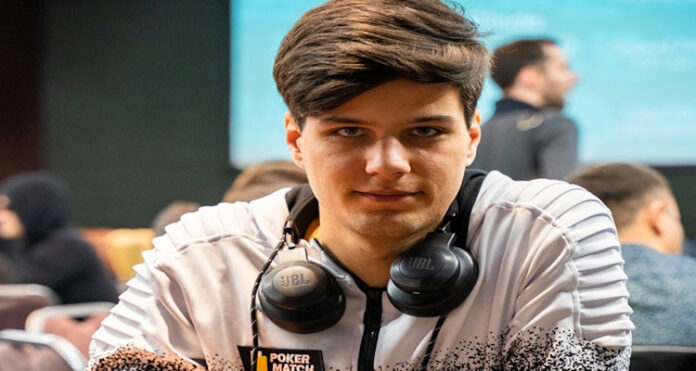 The Lockdown Series with a guarantee of two million hryvnias ended at PokerMatch. The key tournament collected 2,696 entries. Of these, only 400 participants received prizes.

The start of the competition was scheduled for 19:00 hours. They lasted until 06:22 hours. The players competed for over 11 hours. Closer to the end of the tournament, a heads-up started between betman95 and com4com.

According to the information received, the streamer "betman95" is one of the most successful poker players at PokerMatch. The player has a collection in which there are 15 cups at once for leading places in the title tournaments of the poker room.

Betman95 also showed itself in the Lockdown Series. In the overall leaderboard, he became the main favorite to win. The player has repeatedly hit In The Money. In addition, he won 5 competitions on Lockdown Day (including Main Event - 6):

Today the streamer's list of achievements has been replenished with another victory: a prize in the Main Event. The player managed to beat his main rival (com4com), for which he received 150 thousand hryvnia. In addition, he was awarded 44 thousand hryvnia as a bounty for eliminating other players from the tournament.

The streamer is also the winner of the overall leaderboard of the series. For this he was credited with an additional 50 thousand. For this player, the streak has definitely worked out well.

PokerMatch congratulates Vlad on a major victory. We wish all other poker players luck and good luck in the upcoming PokerMatch series.