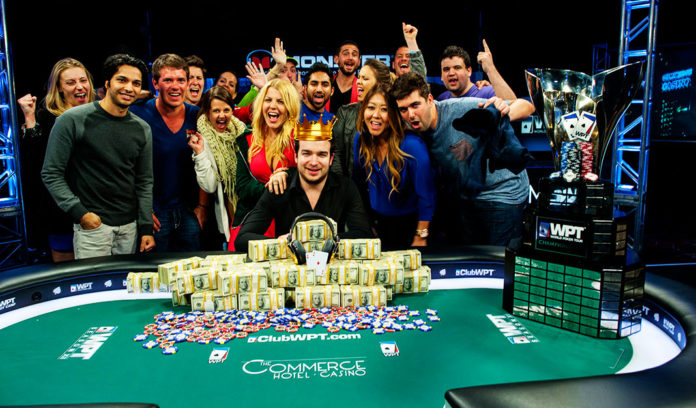 If a player manages to become a winner in three different tournament competitions in one week, he is presented with a special Triple Crown. This crown is presented by Pocketfives, and they try to arrange such an awards ceremony every week. There are poker players who try their best to get this trophy at least once, while other players take several crowns at once without any problems.

Chris Moorman, one of the most prolific MTT poker players, is definitely one of the latter. He was able to play a total of $ 16 million online, and he is not going to stop there. Recently, he was able to demonstrate his skills again, for which he received another (already thirtieth in his collection) crown. At the same time, if you look at his winnings in these three tournaments, they are not the largest: it is about 6 thousand dollars at partypoker, 4.5 thousand dollars at PokerStarsas well as $ 14,125 for Americas Cardroom.

If we talk about other productive players who have about the same number of crowns, then here we can only remember Nicolas Fierro, who has 21 crowns. At the same time, Fierro is recognized as the best offline poker player in Chile, since he earned two million dollars here. In turn, Murman managed to earn $ 6 million live. He also has his own titles in the WPT and WSOP, and all he has to do is win the EPT in order to collect an absolutely complete collection of trophies.