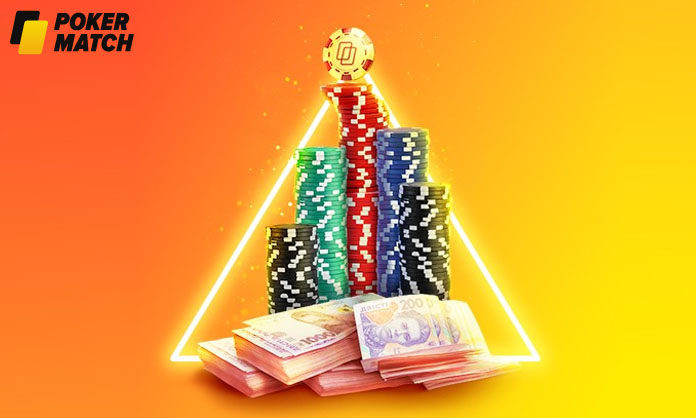 Ukrainian Pokermatch pleases its users again. In addition to the large-scale celebration of its own third anniversary, the room does not forget about strategic initiatives, two of which have found their embodiment in new promotions at once.

Thus, new tournaments in the Sit'n'Go format have been launched - now, depending on the size of the entry fee, which ranges from one to one thousand hryvnias, they are divided into 17 levels. For winning any of them, the user gets not only a cash prize, but also a ticket to the next level.

Schematically, it looks like this: for a victory, a player receives two buy-ins of his level and an entrance to the next. That is, for the first place taken, for example, on Level 7, the user is entitled to 70 hryvnia (because the entrance to the seventh level costs 35 hryvnia) and a ticket to Level 8, and it is not necessary to play on it right away - registration can be done at any convenient time.

Not surprisingly, the new Sit'n'Go, which run as 4-max at five-minute levels, are called "Pyramid". This word has nothing to do with financial fraud - it's just a way of building a system, the numerical values of which can be found on the site of the room.

And from August 19, a special offer starts at PokerMatch for everyone who makes a deposit of at least 250 hryvnia. By the end of the summer, having deposited this money simultaneously with the introduction of the all-in promo code, they will receive the right to enter a special freeroll of the same name, in which five thousand hryvnia will be at stake.

The formula of this tournament provides for all its participants an automatic "all-in" mode. The game will continue until there are 16 people left in it, each of whom will receive from 150 to 1250 hryvnia.